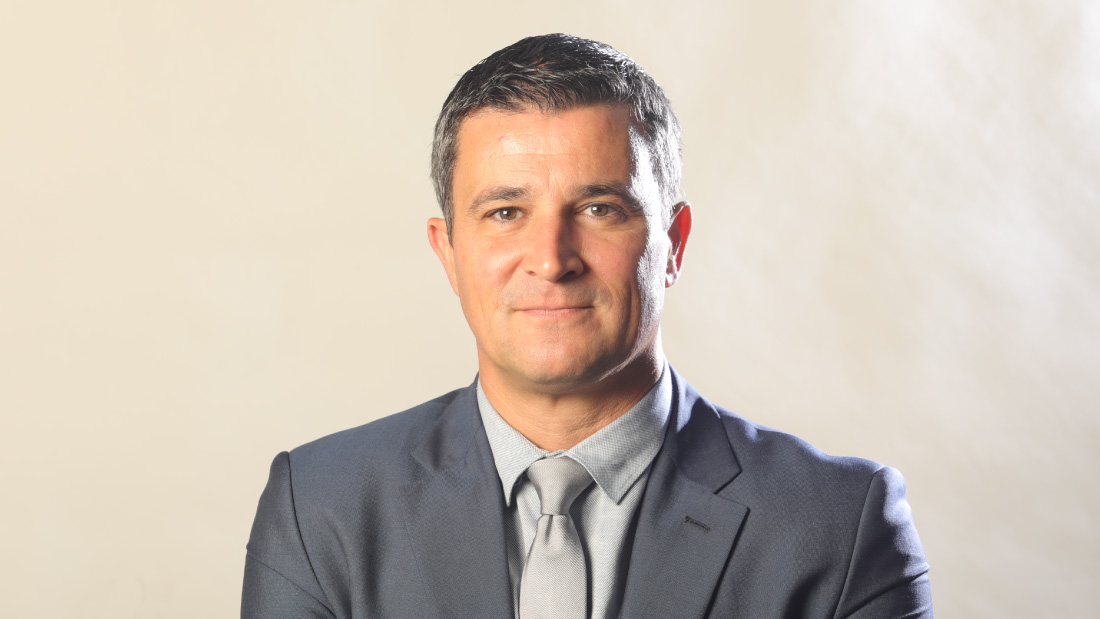 Pascal Barioulet joined ELSYS Design in 2000: business manager, PACA regional director, southern region director, managing director of ELSYS America, he has spent his entire career at ELSYS Design in the commercial and managerial fields. He has always had a passion for tennis, a sport he played in competition at Roland-Garros. He tells us his story.

Question: How did you discover tennis?

It is thanks to my older brother, who is nine years older than me. I was six years old, I accompanied him on tournaments, I was his supporter. And then the situation was reversed.

My parents enrolled me in tennis school, I started competing and I won matches very quickly. After a year of practice, I was second in my department and fourth in my region. The following year, I won both competitions, so I was invited to the national finals at Roland-Garros. I went up there with my parents, my brother and I lost in the final. The following year, the same thing happened, and always against the same player, a certain Fabrice Santoro.

Q: We are talking about the future 17th player in the world in singles and 6th in doubles?

Yes, it is him, my pet peeve! He beat me once again the following year, always in the final. At that time, a representative of the National Technical Direction proposed me to enter a federal structure, so I left Perpignan at eleven years old to join a sport-study in Nice. I spend my junior high school years there until the third grade when I joined the INSEP in the Bois de Vincennes. I also shared a room with… Fabrice Santoro of course.

Yes, these were incredible years. In addition to the national championships, I represented France at international competitions organized at Roland-Garros or abroad: in Belgium, Israel, Italy, …

Q: And you never felt like giving up your studies?

No. My parents were very clear on the subject: they told me “in sport-study, there is study”. I managed to do both at the same time and fortunately for me because at INSEP we had taken another step in terms of training and my body couldn’t hold out; I kept getting injured. So, I went back home, still passionate, but resuming a more “normal” practice. Today, I play one to two hours a week.

Q: What do you like so much about tennis?

It’s an individual sport where you need very strong technical skills to master the strokes. But it is also a game that requires a strategy to win matches and beat your opponents. This sometimes involves changing one’s style of play and adapt during the match to win. Finally, you have to have a steel mentality: it’s not because you lose 6/0 4/0 that you have to give up, you always have to hold on.

Q: It’s hard not to draw a parallel with your job…

It is obvious. What I have learned from this experience is how to compete at a high level, never giving up, and the desire to beat others through better technique and strategy. I have always endeavored to use this for ELSYS Design and ADVANS Group to develop new activities and win new markets.

Q:  I was told that one day you beat a client during a competition in Sophia Antipolis, is it true?

It’s a story that’s more than twenty years old, so I can tell it. It was just before I joined ELSYS Design, I was a young engineer on a mission for a client for a service company. I must have been ranked 1/6 at the time. My colleagues at the client’s had pushed me to enter a competition to represent their company, and I accepted. The tournament went well and, in the semi-finals, I had to play against a high-level manager of that company, ranked about 15/4, so there was a pretty big difference in level in my favor. Maybe already a bit of a sales engineer in my head, I thought I had to be careful not to beat him too badly. Problem, the days before the match, he had come to tease me several times, so on the day, I played seriously and dismissed him outright, before winning the tournament. This client then resented me for years. I learned a lesson: if it happened again, I would play more calmly!