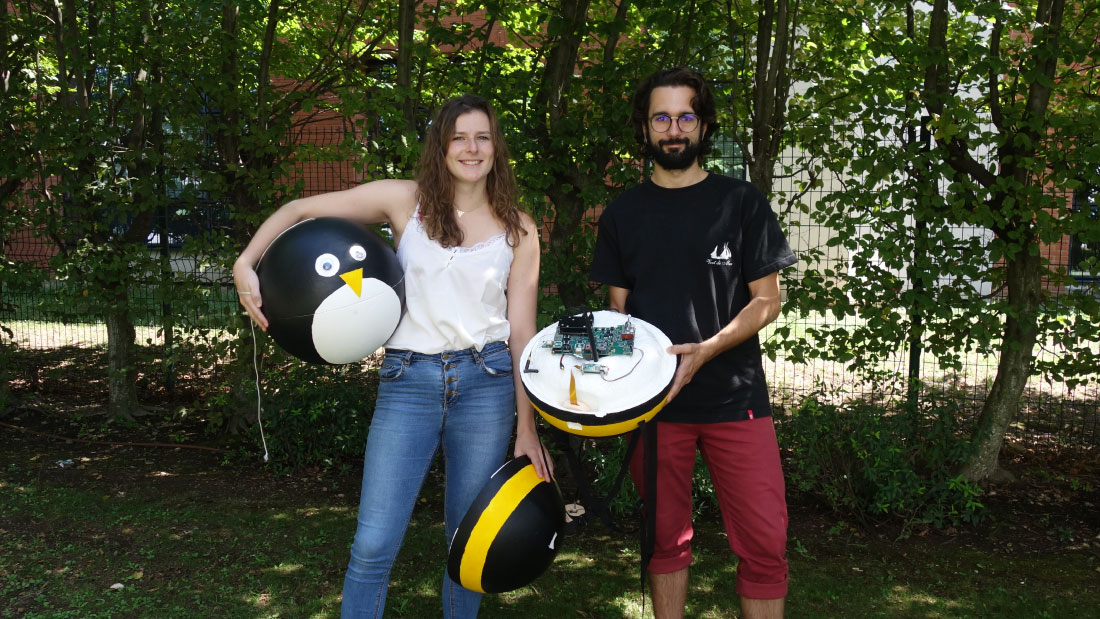 In 2018, ELSYS Design presented its new logo at 30 600m thanks to a device designed and realized by two student engineers as part of their end-of-studies project. The mission, which was a success, was immortalized by a video available our website.

In 2019, three new students agreed to reproduce this work, but with a more complicated system.

The goal of the project remained to send a balloon sensor in the stratosphere, to film the flight and to collect some environmental data. But this year, the team fully redesigned the system following the entire steps of a V-model. The general idea was to make technology redundancies because, in 2018, some of the modules didn’t fully work as expected.

Thus, an FPGA board was embedded in addition to the microcontroller, which allowed to double the number of cameras. A Sigfox module was added to the LoRaWAN module in order to benefit from two communication systems planned to send in real-time the balloon information. Finally, the European technology Galileo completed the general architecture, which you can discover here: 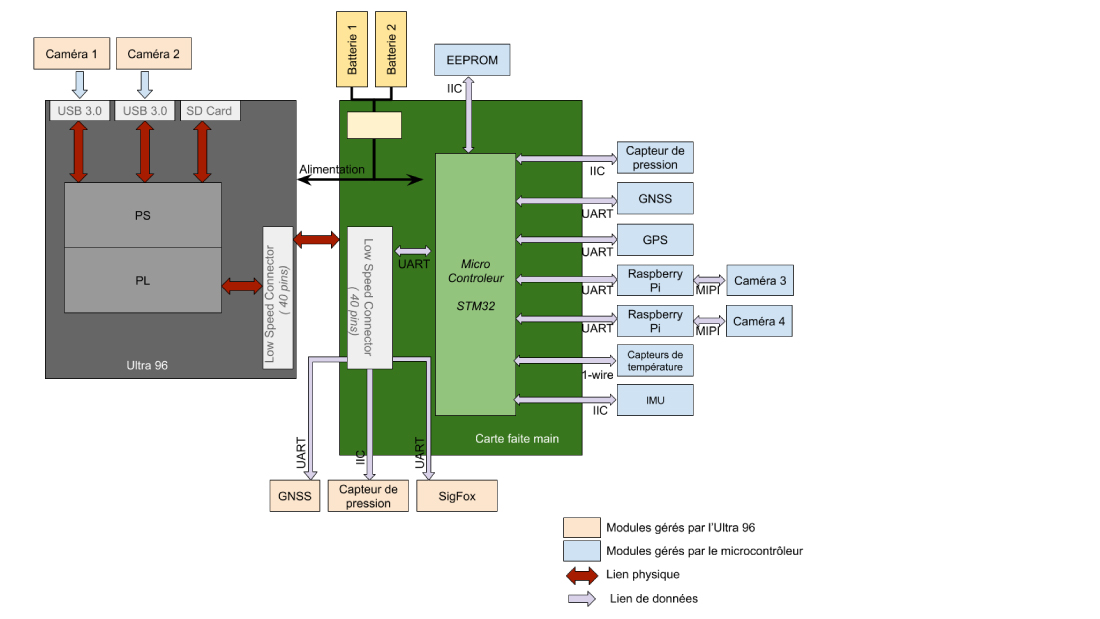 The team was comprised of Emilie, Corentin, and Nathan and had to face several challenges.

First of all, Nathan tells us that they had to well define the respective tasks of each member of the team. They had to make sure that the three dimensions – the development of a SoC for Emilie, the design of a power supply board for Corentin, and the programming of a microcontroller for Nathan – interface properly with one another. “The key was a smooth communication between us which was facilitated by our immediate good relationship.”

The choice of a Zynq (Xilinx) architecture for the FPGA was also ambitious:

“Last year, there was no FPGA, so we started from scratch” corroborates Emilie.

“Zynq are true ‘war machines’. They allow combining the calculation speed of an ARM processor with the flexibility of a FPGA. In the beginning, it was not easy, but I am glad for having worked with this technology which is the future of the FPGA.”

“It was an ambitious internship, with an important amount of work, and a topic that makes one dream: send a system in the stratosphere! This is why I came in ELSYS Design.” sums up Nathan.

And Emily concludes: we conducted this project from the beginning to its end, we progressed a lot, we feel at ease in the company and have faith in the future: all the signals are green, I am very happy of having been hired.”

Congratulations to our interns!

Willing to do your end-of-study internship at ELSYS Design? Have a look at the offers on our jobs board, or make a spontaneous application.